Let’s talk about an all important part of Ryan’s healing journey. Ryan chose to do 8 weeks of an immunotherapy drug called Rituxan during the months of May and June 2016. Alongside immunotherapy, we had a big focus on natural and alternative treatments coupled with a plant based diet. During treatment, Ryan posted pictures on Facebook and has shared multiple times the role immunotherapy has played. Even though we have freely shared Ryan’s healing journey, which includes immunotherapy, it seems that some family members and some Facebook followers are still confused about what Rituxan actually is and its effectiveness in treating follicular lymphoma. So let us all dive in and further increase our understanding of the immunotherapy drug Rituxan and why Ryan has, in fact, gone from Stage 4 to No More without the use of chemotherapy or radiation.

In this blog we will focus on three main points:
1. How we have shared our story.
2. What Rituxan actually is and its effectiveness
3. How Rituxan was part of Ryan’s healing journey.

The Facebook Live on December 2, 2016, has over 38,800 views and growing. Throughout the live video Ryan & Caroline explained the use of the immunotherapy drug Rituxan as part of Ryan’s program to overcome cancer. This one post alone has currently 414 shares and over 1450 comments.

There are at least 10 Facebook live videos that mention the use of immunotherapy and/or Rituxan.

In addition to Ryan’s Facebook posts and live videos, whenever he speaks with small or large audiences, Ryan has shared his healing journey which included immunotherapy.

In this blog site alone, all my posts since Ryan started immunotherapy have continued to explain and state that Ryan used the immunotherapy drug Rituxan.

Still, even though we have been open about our journey, there is a small number of people that still get upset when Ryan mentions he has done no chemo or radiation. Let’s discuss what Rituxan actually is and the data supporting its use.

What is Rituxan?
Per rituxan.com, chemocare.com, webmd.com and more,
RITUXAN is NOT CHEMOTHERAPY

RITUXAN is a type of antibody therapy that can be used alone or with chemotherapy. (It) works in different ways to find and attack the cells where cancer starts.

In addition, RITUXAN can also harm healthy cells in your body.

What is Rituxan used for?
RITUXAN is a prescription medicine used to treat:

What is the goal of Rituxan for Follicular Lymphoma?
Initial treatment: get to remission. RITUXAN is used in combination with chemotherapy. If treatment results in partial or complete remission, RITUXAN may be used as maintenance therapy.
(source: http://www.rituxan.com/hem/patient/follicular-lymphoma-treatment)

Why we chose no chemotherapy
Conventional methods of treatment, including chemotherapy and radiation, are associated with toxicity and lack specific antitumor-targeted activity. Cell–surface proteins, such as CD19, CD20, and CD22, are highly expressed on B-cell lymphomas and represent key potential targets for treatment. (Source: https://www.ncbi.nlm.nih.gov/pmc/articles/PMC2844047/)

EFFECTIVENESS of Rituxan on Follicular Lymphoma
Rituximab as first-line therapy has been widely studied in patients with indolent lymphomas, both as a single agent and in combination with conventional chemotherapy (Table 1). Witzig et al. evaluated the use of single-agent rituximab, 375 mg/m2 weekly for four doses, as an initial therapy for patients with stage III or IV grade 1 follicular lymphoma (FL). In this small phase 2 trial of only 37 patients, the reported objective response rate (ORR) was 72% and the complete remission rate (CRR) was 36%.16 Similarly, a phase 2 study by Hainsworth et al., which evaluated initial therapy in patients with indolent lymphomas, showed response rates in the range of 50%.17 (source: https://www.ncbi.nlm.nih.gov/pmc/articles/PMC2844047/)

Objective Response Rate. ORR is defined as the proportion of patients with tumor size reduction of a predefined amount and for a minimum time period. Response duration usually is measured from the time of initial response until documented tumor progression.

The term used for the absence of all detectable cancer after your treatment is complete response or complete remission rate (CR or CRR). Complete response doesn’t necessarily mean that you are cured, but it is the best result that can be reported. It means the cancerous tumor is now gone and there is no evidence of disease. (souce: https://www.verywell.com/complete-response-cr-2252350)

In other words, the statistical data available for Rituxan used as a standalone first line treatment states that research shows on average 72% of patients have some form of response to Rituxan and 36% actually achieved complete response (remission). In another study only 50% showed response rates (not remission) versus the 72% in the study above. In no way is there any data that suggests Rituxan alone has ever had a complete remission rate of 93% as some Facebook posts have claimed. In addition, per multiple sources and medical articles, in no way has Rituxan plus chemotherapy EVER achieved a 93% complete remission rate. At very best, some small studies have shown it to be 60% effective for complete remission while others are in the 30s. In those SAME studies the median time of progression-free survival was 24 months. In other words: the cancer “came back” on average of 24 months.  (source: http://www.bendavar.com/_pdf/Otros/B%20en%20Linfomas%20de%20Manto/Rummel%20Bendamustina%20en%20linfoma%20del%20manto.pdf).

In the beginning, Ryan knew he was fully and vehemently opposed to chemotherapy and the standard approach to cancer. His hematologist oncologist was honest and stated conventional medicine statistics say the “cancer would come back within 2-3 years” and hopefully at that time he would be able to do another chemotherapy/immunotherapy cocktail that may work. Ryan wanted to approach cancer a different way. His approach to cancer was to “heal the body” not just to “kill cancer.” We did not find out until months into our journey that Rituxan was in fact approved for use without chemotherapy. When we learned about this option Ryan was responding very well to treatments in Mexico and therefore he was not considering the conventional approach of immunotherapy. Unfortunately, as we all make mistakes, we were lured into a so-called “cure” which landed us halfway around the world in the Philippines. This was a critical error in our journey and one we hope everyone else learns from. During the month of April we circled back around to what all the options were. We were able to learn from a couple fellow follicular lymphoma survivors that have exceeded the 10 year mark. Both of them have taken a complete alternative/natural approach that included the conventional immunotherapy drug during their journey. Once Ryan was able to satisfy all his questions we devised a plan to help Ryan’s body and ensure that tumor lysis syndrome would not be an issue. The oncologist had written on his notes: “Increased concern for tumor lysis syndrome.” Tumor lysis syndrome is the most common disease-related emergency encountered by physicians caring for (patients) with hematologic cancers.1–4 The tumor lysis syndrome occurs when tumor cells release their contents into the bloodstream, either spontaneously or in response to therapy, leading to the characteristic findings of hyperuricemia, hyperkalemia, hyperphosphatemia, and hypocalcemia.1–3 These electrolyte and metabolic disturbances can progress to clinical toxic effects, including renal insufficiency, cardiac arrhythmias, seizures, and death due to multiorgan failure.

In May 2016, Ryan started the immunotherapy drug Rituxan. And, as you can see above we freely shared this information with our Facebook following.

Ryan’s case has intrigued many MD/DO doctors and even a few oncologists in various parts of the USA. In some ways, Ryan has become a case study because Rituxan surpassed expectations as Ryan’s scan showed a complete response even though the cancer had advanced and fluid issues were of big concern as fluid is usually a sign of late stage cancer and compromised organs. While I won’t dive into the details, the fact that Ryan used alternative and natural therapies to support his organs and detoxify his body cannot be ignored. In addition, Rituxan only has the ability to kill certain cancer cells. Rituxan does not have the ability to regenerate the liver. It did not STOP the fluid issues. Rituxan does not have the ability to reverse eczema, reverse pre-diabetes, reverse high risk for heart disease, reverse hypothyroidism and more.

Ryan and I both believe, acknowledge and have publicly stated that Rituxan was effective at killing cancer cells. While we don’t know how much of the cancer it killed and how much the alternative therapies aided in the death of cancer cells, we do know and express Rituxan was an important part. In addition, Rituxan killed cancer cells, but it was not able to heal Ryan’s body of its numerous issues. Ryan continues the healing path and we look forward to a full healing of his lungs and the rest of his body.

We have seen people on social media make statements that Ryan healed himself with only a fruit diet. We have seen statements that say that the only reason Ryan has healed from all his issues is because of the Rituxan only. Additionally, we have seen statements of all types and expressions. Folks, we can’t control others’ interpretations and we surely don’t want to. At the end of the day everyone is free to draw their own conclusions. All we can do is share our journey.

In conclusion, here is a statement from my blog, “An Open Heart Let’s Clear the Air”

We are humans. If you want to know the full story feel free to read every single blog I have written and every post Ryan has made on Facebook. That will give you the full correct story. Otherwise, accept that we can’t control anyone else’s take on our story nor can we try to encapsulate our entire journey in two to three sentences or in 30 seconds and we don’t care to control or try to fix every person’s verbiage or takeaways. Again, Humans. We are humans. They are human too. What’s important to you may not be important to them. Their takeaways may be completely different than yours.

3 thoughts on “The Truth About Rituxan”

Fundraising that gets YOU results. 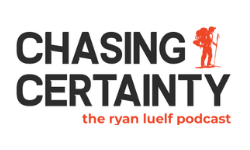